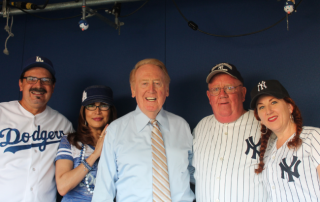 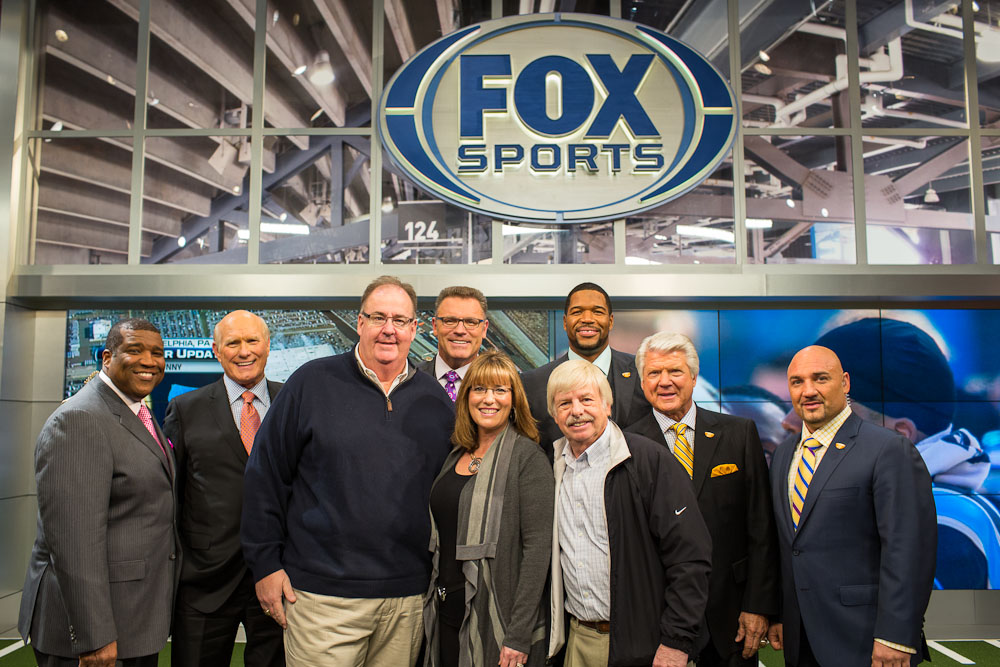 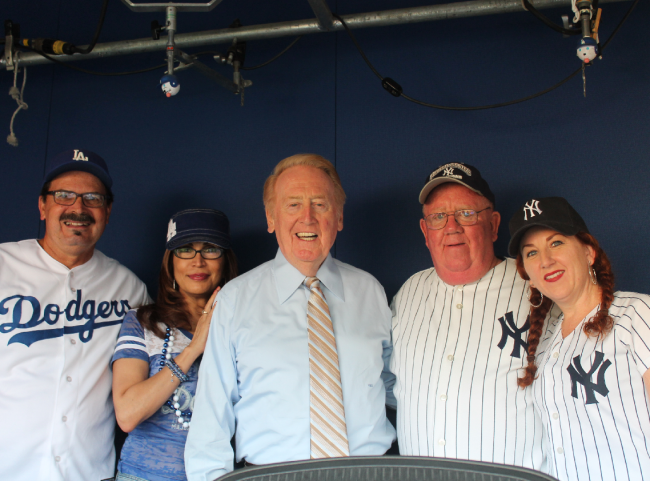 Usually live auction items at a charity golf tournament are such things as tickets to a sporting event and/or autographed sports memorabilia.

The annual Sowing Seeds for Life charity golf tournament at Glendora Country Club has those kind of auction items, but also offers unique prizes that are not offered anywhere else.

Tim Grant and his wife Laird of Fallbrook were the winners of a package that enabled them to visit the Fox studios in West Los Angeles and get a photo with the cast of the “Fox NFL Sunday” pregame show. We’re talking Terry Bradshaw, Howie Long, Jimmy Johnson, Michael Strahan, plus host Curt Menefee and reporter Jay Glazer.

And the package involved a lot more than just a photo. On Dec. 2, the Grants, joined by SSFL golf committee member Larry Stewart, were escorted into the Fox green room, which is called the “Avacado Room,” and then led out onto the set where they got to meet the cast and get their picture taken with them.

But the day was far from over. Food and beverages, including alcoholic beverages, were supplied as Tim and Laird enjoyed a day of football watching. Monitors on the wall showed every game.

They also got a chance to talk with Bradshaw when he came into the Avacado Room.

The year before, Brian McNerney, the CEO of the La Verne Chamber of Commerce, and his friend Gary Howarth were the winners of the Fox package and still rave about the experience.

McNerney was also a part-winner of an SSFL auction item that in July allowed he and his daughter, Lee Ann Sheridan, to attend a Yankee-Dodger game with front-row seats and visit with Vin Scully in his booth prior to the game. The other part-winner was McNerney’s friend Don Dirian, who brought along his girlfriend, Mary Ann Alvarez.

Another hot SSFL auction item has been a visit to announcer Trevor Denman’s booth at Santa Anita or Del Mar. Denman offered that as a prize when he was among the celebrity guests in 2010.

It is these kinds of auction items that has made the annual SSFL golf tournament one of the best of its kind in all of Southern California. And at a bargain price too. The entry this year was only $200 per golfer.