A Tribute to SSFL Supporter Bill Sharman, a Great Friend 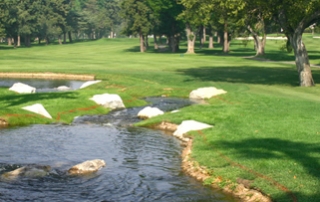 Sowing Seeds for Life is announcing that Nov. 3 is the tentative date for its sixth annual celebrity golf tournament. It will again be held at Glendora Country Club. Because it is later in the year than SSFL past tournaments, the shotgun start will be 10 a.m.  The tournament traditionally has had a noon start.

The SSFL tournament, in a short amount of time, has become one of the finest of its kind in the East San Gabriel Valley, or anywhere in Southern California for that matter.

Last year’s tournament at Glendora CC featured appearances by three members of the legendary Dodger infield of the 1970s and early ’80s– Steve Garvey, Bill Russell and Ron Cey. Those three, plus former pitcher Al Downing, signed autographs and posed for photos for more than an hour prior to the tournament.

The evening also featured an auction offering many unique items not available to the general public. There was a Dodger package that included a meet and greet with Vin Scully in his booth at Dodger Stadium. There was a Fox TV package that enabled the winning bidders to get up close and personal on an NFL Sunday with Terry Bradshaw, Howie Long, Michael Strahan and that group. Another package included a visit to Trevor Denman’s broadcast booth at Santa Anita.

Former UCLA football coach Terry Donahue was scheduled to participate in the tournament and evening sports panel discussion but had to drop out because of a business commitment. To make up for that, he treated tournament honoree and UCLA alum Tim Grant, along with two of his friends, to lunch at a Newport Beach restaurant.

The tournament’s title sponsor since Day 1 has been the Feinberg Shuler Group, a wealth management firm in Woodland Hills affiliated with Morgan Stanley Smith Barney and headed by Joseph Feinberg, Dan Shuler and Tamara Stein. Feinberg is also affiliated with the Feinberg Foundation of Chicago, which among other things funded the Feinberg School of Medicine at Northwestern University.

More details about the tournament, celebrity guests and auction items of course will be forthcoming.

Sowing Seeds for Life, is a 501 © (3) non-profit that directly provides food, water, personal-car items and social services to some 6,000 needy people per month in the East San Gabriel Valley.

The driving force behind the charity and the tournament is Vicki Brown, who besides being the founder and CEO of Sowing Seeds for Life is also the CEO of DPI Labs, a prominent La Verne aerospace manufacturing company. Brown literally planted the seeds that grew the charity and the tournament. Sowing Seeds for Life started out as a backyard garden project. “I’m just proud to be the one who watches all this happen,” she says modestly.

For information about getting involved as a participant, sponsor or donor, call DPI at 909 392-5777 and ask for Fran Robertson.